As AzAEYC’s Vice President of Policy and Advocacy, Ben Alteneder believes that when well-informed early childhood educators connect with elected officials, positive change is possible. Ben talks specifics on what busy early educators can do to advocate for the profession, why robust attendance at Early Childhood Legislative Day on February 15 really can make a difference, and how becoming a father to his daughter Keira, age 5, has influenced his career path.

What led you to the field of public policy?

In college, I started out in geology. That lasted about a week or two. I had an interest in history and then eventually I switched to political science. During my last year at Arizona State, I began an internship in the Arizona House of Representatives.

That led to a staff position working with the Arizona House Democrats. What stands out about your experience there?

It was an interesting position for me because that wasn’t my political party at the time.To see how public policy decisions were made from their perspective, it was a great learning experience, especially on how to take differences of opinion when maybe you don’t agree on the policy — and still be able to implement it.

You then began working with Arizona Game and Fish, launching a career in public policy and advocacy. Then, your interest turned to the Early Childhood profession as a director of Government Affairs with First Things First. 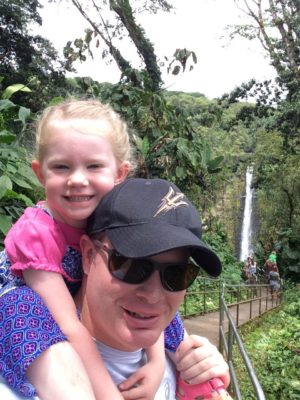 My wife and I had a child, so my horizons were expanded. An opportunity opened up to work with First Things First, on behalf of children from birth to age five. Not often in a career can you work on and get paid for advocating on behalf of the things that really matter to you.

What are the challenges in advocating for change in the early childhood system and movement?

I think there still seems to be a misunderstanding among the general public about when education starts. It most certainly starts before a child gets to kindergarten. The view that folks in the early childhood workforce who work with babies, toddlers and preschoolers are simply there to have a set of eyes on the children — and not there to create a quality early learning experience — that needs to change. So, part of my job is to raise that awareness with public policy makers.

How can we, as a profession, help to shift this kind of thinking among the public, lawmakers and other stakeholders?

I think we’re turning the corner but we still have a long way to go on the public policy side and with the public policy makers. It is a constant re-education process. The idea of imposing term limits makes these jobs increasingly difficult. We are constantly re-educating new members on the issues.

Talk about Early Childhood Legislative Day 2018. What’s the history and the thinking behind this event?

Our inaugural event last year went fairly well. We had over 250 attendees and over half the legislature, over half the 90 legislators actually came down to the luncheon we had on the Arizona House lawn. It was a great day — an opportunity to meet legislators not only at the luncheon but also to visit with them in their offices. It’s a chance to tell them why early childhood matters, and tell them why the profession matters. The goal is to preparing a couple of “asks” for them around what they can do on behalf of us as constituents, including allocating more money to childcare subsidies and/or supporting certain bills that are going through the process.

Can this kind of event really make a difference?

It absolutely matters. One, you are showing that there are actually folks that care about early childhood. You’re showing lawmakers that there’s a profession, a group of individuals that show up to express their feelings. But it also matters for those in the early childhood profession. They do have a voice and it isn’t as hard to use their voices as they might think. It is empowering.

Early educators are busy. What can they do to advocate for the profession?

During the legislative session this year AzAEYC hopes to put out a bill tracking list with some calls to action. We hope to make information and training available on how to use the Arizona Legislature’s website to follow legislation through the process. If you can develop a rapport with your lawmaker, many of them are pretty accessible through email or even if you interact with them on social media. You’re right — we all are really busy, but shooting them an email or putting a comment on their Facebook page let’s them know you’re watching.

Name some recent changes you’ve noticed that give you hope for young children and the professionals who work with them.

One of the biggest changes I’ve seen is a recognition among folks in the early childhood profession that we can’t sit on our hands and expect things to change. We have to be active.

Also, we are recognizing the importance of involving the business community. An umbrella approach, bringing other people into the coalition. An engagement around the idea that education is a continuum, so you have to work hand in hand with K-12 and higher ed, you can’t all be trying to fight over the same money. 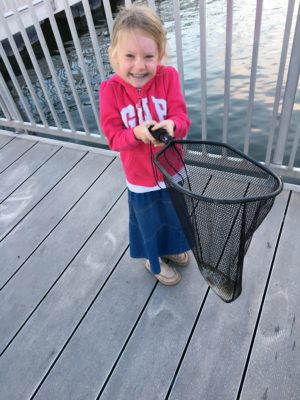 How has becoming a father changed your perspective?

I will speak for myself — I have come to realize that fathers are equally important as mothers. I have come to understand the value of the father-child relationship. Engaging with Keira as her dad has only sharpened my focus on why I chose to support the early childhood profession.

Also, within the last 2 years, we’ve been trying to adopt. Our encounters with the Arizona Department of Child Safety (DCS) system has offered a new vision on some of the work that still needs to be done in Arizona, with respect to the 17,000 plus children that are in and out of home care and what can we do as a community to help them. Going through the adoption process has been a real eye opener.

She loves animals, we have a little dog and she has her own aquarium. She came home the other day and told a long story about going to the zoo and seeing the giraffes. We talked to the teacher, thinking we missed a field trip or something but there was no field trip. She has quite an imagination! It’s been interesting to see the changes and the benefits from Pre-K now that she’s in a regular K-12 curriculum. We are having a lot of fun!

Use your Voice! Join us for Early Childhood Legislative Day 2018! Register here.

The Badas and Booms Project: Children’s Right to Music as a Language